Over the weekend we went to the Ralph's in San Luis Obispo and they have the cutest balloons ever!  I spent the entire time we were there fawning over the balloons. 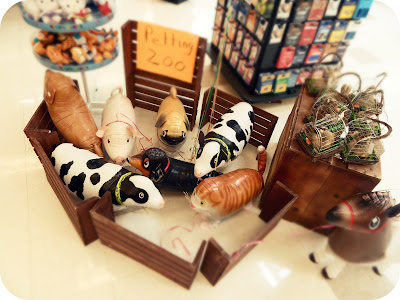 Check out how cute they are!

I love them!  Especially the pug. 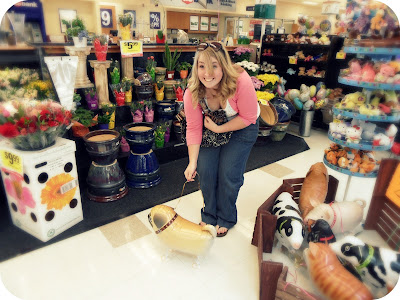 I decided that I wanted to have a birthday party revolving around the petting zoo balloon theme.  I thought they looked adorable in the little enclosure.  I put together a little inspiration for a fun birthday party. A little less barnyard and a little more colorful and fun.  And I've always wanted to make one of these rainbow cakes.

On Saturday we attended the Cayucos Sea Glass Festival. It was a beautiful day. The festival was held at the Vet's Hall right by the pier. We arrived shortly after the festival opened and stood in line for a few minutes to get in. Just after we paid our $2 they announced that they would have to stop letting people in for a time because there were too many people inside. It was very clear when we got inside that it was indeed full! There were so many people that it was hard to look and see what the vendors had for sale. The vendors brought all of their sea glass creations, mostly jewelry.  Due to the amount of people there was no opportunity to take any pictures. So to supplement this post I decided to take some pictures of some of my own sea glass collection. 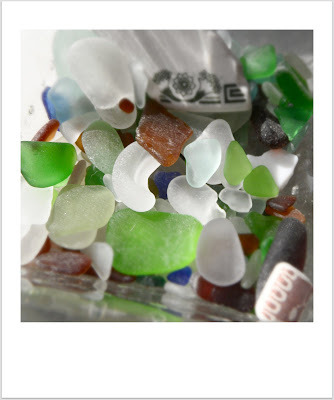 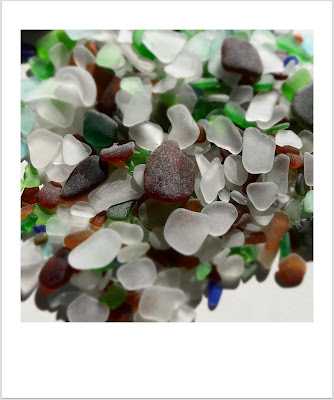 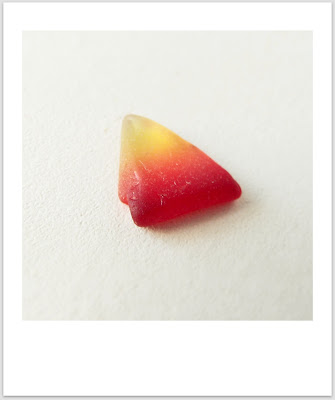 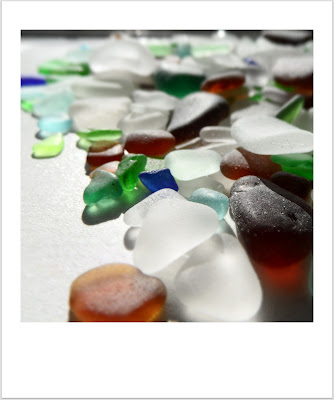 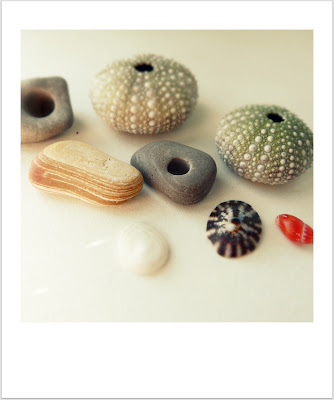 I think all of this glass and the other treasures were collected from our favorite local "glass beach."  We always find really nice well-rounded pieces at this beach.

I'm sure the organizers learned a lot putting on the first Cayucos Sea Glass Festival, and I hope next year is better because the crowds in the small building were a little overwhelming.  By the amount of people alone, I think it was a success for Cayucos.
Posted by Julie O. at 5:53 PM No comments:

Yesterday I picked up some zippers so that I could work on some of the little sewing projects that I wanted to make.  I started with the little boxy pouch tutorial from three bears.  It was a really easy tutorial and I'd like to make more.  It would be nice to add a lining or some interfacing to make it a little sturdier, but it works great for holding my chapsticks and lip gloss in my purse.  I'm going to experiment a little bit to add some sturdiness and also making different size pouches. 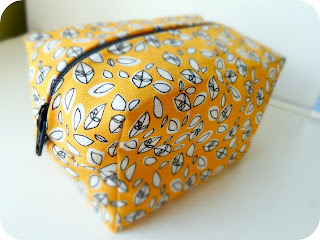 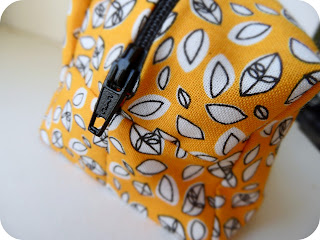 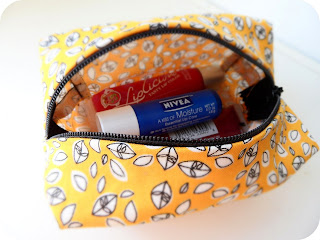 This weekend we also went to the Cayucos Sea Glass Festival, so I will post about that later!
Posted by Julie O. at 5:21 PM No comments:

Spring is on its way. Our cherry tree and plum trees are blooming.  It makes our backyard so much prettier, since it's not landscaped yet.  It really feels like Spring is almost here so I can't wait until we are able to get the yard landscaped and can actually enjoy it.  As each new season arrives I get really excited and think about what changes are just around the corner.  I end up thinking that each coming season is my new favorite season.  I just can't decide, each season has something beautiful to offer and each has fond memories attached.  So I guess my favorite season is every season, but especially whichever one is fast approaching. 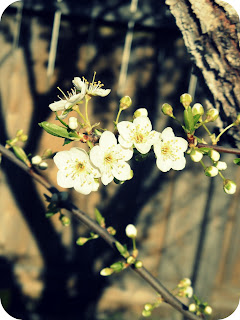 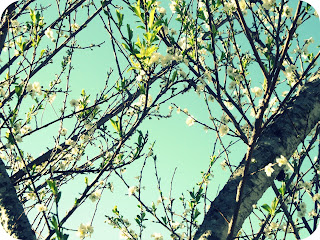 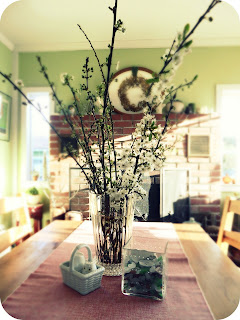 I brought some of the cherry blossoms inside to enjoy on our dining table.  Here comes Spring!
Posted by Julie O. at 11:22 PM No comments:

I organized all of my fabric and sewing supplies the other day.  This is now my little corner of the living room since our dining table also doubles as my sewing table. 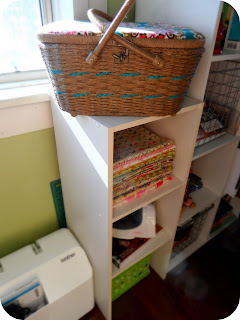 I have amassed a little collection of fabric.  I had no idea what I was going to make out of any of it when I bought it, but it was just too pretty to pass up.  I organized and folded all of my fabric and now I feel so inspired to make stuff out of it! 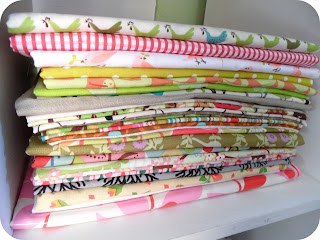 I've been collecting some ideas of some free online tutorials: 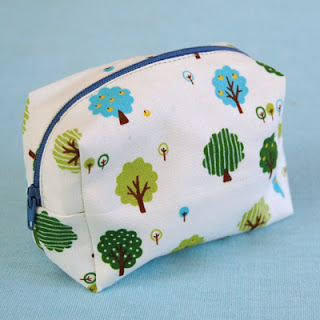 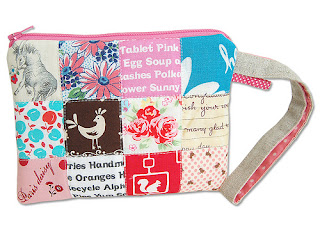 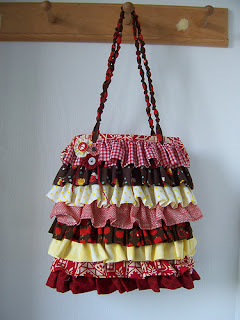 The Frounchess Bag Tutorial from Tumbling Blocks
Such pretty stuff!  I'm super excited to get started on one of these projects.
Posted by Julie O. at 10:20 PM No comments: